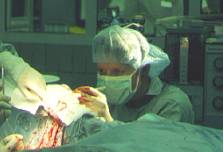 Jacintha Wilmink graduated from Veterinary School of Utrecht University in The Netherlands in 1991 and started work in equine veterinary practice in New Zealand and the Netherlands. From 1993 until 2001 she has worked in the Department of Equine Sciences of Utrecht University, where she did a residence in equine surgery and a PhD on equine wound healing, both successfully finished in 2000. She has been teaching wound healing and management to veterinary students and veterinarians as well. Her area of clinical expertise and interest is equine wound management and she has developped and evaluated a new method for skin grafting in horses, i.e. the Meek micrograft technique.

Since 2003, she runs her own consultancy on wound management and reconstruction in the equine (“Woumarec”). She performs surgery in several clinics on complicated wounds and scars by applying skin grafting techniques and wound or scar reconstructions. Additionally, she advices practitioners during treatment of wounds. Apart from practical work, she is often invited as speaker on international congresses, and as lecturer for courses and workshops on equine wound management in the Netherlands and abroad. Additionally, she has been and still is involved in international research on wound healing as well. She is coauthor of the second edition of Stashak’s and Theoret’s Equine Wound Management, which was published in 2008, and which is currently being revised for the third edition.

Since 1997 she has been active as council member of the Veterinary Wound Healing Association, as recorder, membership secratery, president and course organizer. She has set up an international course on Equine Wound Management which has been run already several times in a number of countries: Sweden, United Kingdom, Denmark, Norway and Italy. The first international course on Wound Management in Small Animals was run in September 2012 in Gent. She is re-elected as president in May 2015.

Her mission: translating scientific knowlegde to practice thus improving equine wound management for the benefit of the future and welfare of the horse, the owner, and the pleasure in work of the equine vet.

If you like to know more, please see www.woumarec.nl.
For a list of publications and lectures, look under: “over de chirurg: publicaties/lezingen/interviews” 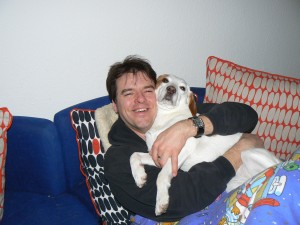 German specialist in Pharmacology and Toxicology

Michael has a special interest in pharmacological influence on wound healing of antiseptics. 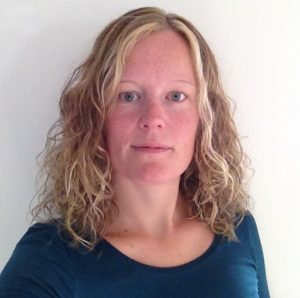 Elin Jørgensen graduated from the University of Copenhagen in 2007. After that she worked as an equine practitioner at a large equine clinic for four years before returning to the University Hospital for Large Animals as first a junior and later a senior clinician. In late 2015 Elin started her PhD project entitled: “Biofilm formation in an equine model of chronic wound healing” at the Department of Veterinary Clinical Sciences supervised by Professor Stine Jacobsen at the same department and Professor Thomas Bjarnsholt from Costerton Biofilm Center at the University of Copenhagen. More about the project can be found on: http://forskning.ku.dk/find-en-forsker/?pure=da%2Fpersons%2Felin-lisby-kastbjerg-joergensen(f9bc7815-bf97-4662-90d5-a74dcb6c5dbb).html 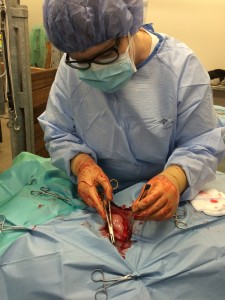 Stine Jacobsen graduated from the Royal Veterinary and Agricultural University (now University of Copenhagen) in Denmark in 1998. She complete he PhD thesis in the same institution in 2003 and has since then been a member of faculty there, interrupted by a Maria-Curie fellowship at Utrecht University and a post doc position at Wageningen University, both in The Netherlands. She was appointed professor of large animal surgery at University of Copenhagen in March 2015.

Stine Jacobsen’s research interests are centered on inflammation, traumatology, wound healing and wound management and large animal surgery. She teaches these subjects to veterinary students and is a sought-after speaker at conferences and post-graduate courses. She has supervised several PhD students on the topics of inflammation/acute phase proteins, equine abdominal disease and wound healing. She divides her time between research, teaching and her work as an equine surgeon at the Large Animal University Hospital of University of Copenhagen. In 2014 she completed a residency in the European College of Veterinary Surgery.

She has authored/co-authored more than 50 peer-reviewed scientific publications and book chapters. More information can be found at: http://research.ku.dk/find-a-researcher/?pure=en%2Fpersons%2Fstine-jacobsen(f3957428-a0cc-46ad-a05c-b85ca7d03e9e)%2Fpublications.html 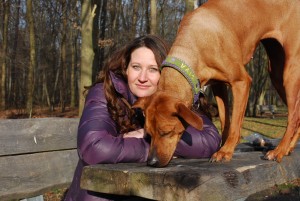 After obtaining a degree in veterinary medicine at the University of Veterinary Medicine Hannover in 2007, Mirja continued as an Intern at the Small Animal Clinic of the University of Veterinary Medicine, Hannover. After completion, she became faculty member of the surgical division and completed the German specialist program in Small Animal Medicine in 2012. She then moved to Munich and started a three year surgical residency at the Clinic of Small Animal Surgery and Reproduction of the Ludwig-Maximilians-University Munich in July 2014. She has a special interest in reconstructive surgery and open wound management with special focus on Negative Pressure Wound Therapy and eradication of wound bioburden. 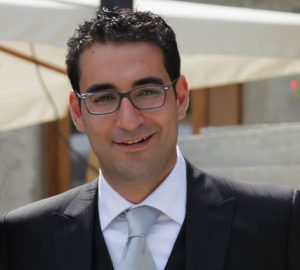 Vincenzo Miragliotta graduated with honors in Veterinary Medicine in October 2003, and in 2007 he earned a PhD degree in Veterinary Sciences at the University of Pisa defending a thesis entitled “Cloning and spatio-temporal expression of equine LAMR1, CTNNB1 and CDH11 in second intention wound healing”. During his PhD, Vincenzo began a collaboration with the Comparative Veterinary Tissue Healing Laboratory of the University of Montreal where he produced most of the data relative to equine wound healing, his main research topic throughout a post-doctoral fellowship completed between 2007 and 2009. Vincenzo then joined Siena Biotech SPA, a pharmaceutical company specializing in the area of neurodegeneration and neuro-oncology, where, as head of the histopathology service, he was in charge of the histological evaluation of pharmacological and toxicological preclinical studies performed in rodents. In 2009, Vincenzo joined the Faculty of Veterinary Medicine, now Department of Veterinary Sciences of the University of Pisa where he holds an Assistant Professor position in veterinary anatomy, histology ad embryology.

Vincenzo’s research interests range from tissue repair and regeneration to the development of models for dermatological research. He has co-authored more than 50 publications including full-length articles in international peer-reviewed journals, book chapters and research abstracts presented at international congresses. His main focus is applied research in the field of dermatology. He serves as reviewer for international journals such as Veterinary Dermatology, Veterinary Surgery, and Cells Tissues Organs. Vincenzo is in the editorial board of Veterinary Dermatology and PLOS ONE.